Using the power and scalability of the cloud allows automation to deliver the promise of a scalable testing platform. Controlling and making this efficient is just as important to take advantage of the cloud scalability. 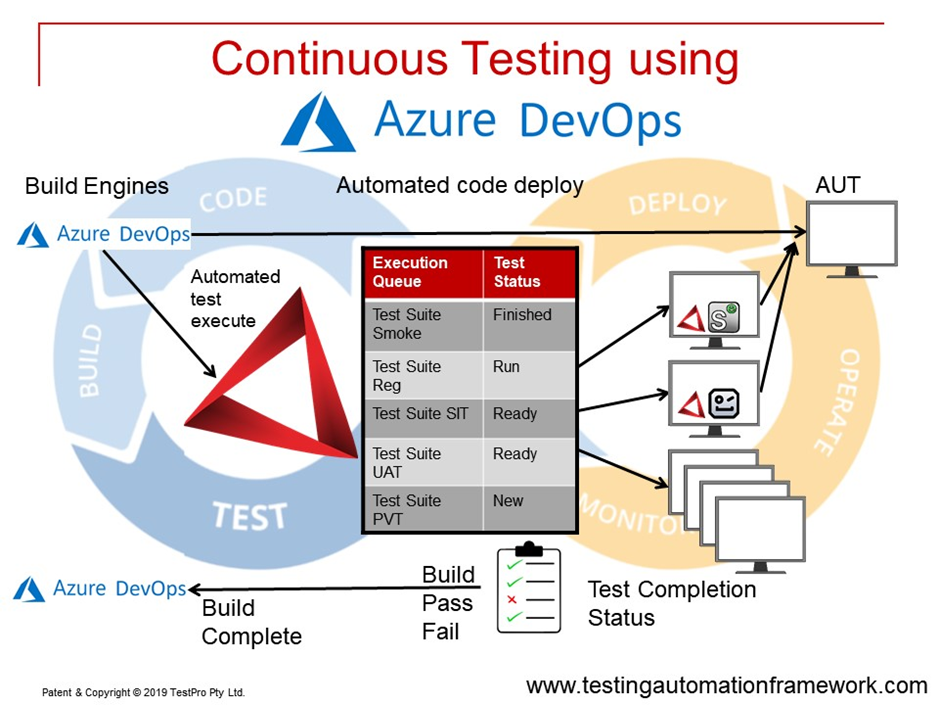 By using an advanced queuing system, TAFPro allows tests to be queued from testers, build engines or management tools ready to be executed. By scaling the cloud servers, more execution capacity can be added, allowing tests to be executed in parallel. Further, TAFPro allows build engines to trigger and report test completion so that a build engine can have multiple parallel tests being run, shortening the test cycles.
This format of testing is specifically suitable for continuous testing, agile delivery techniques and reduces the work for DevOp cycles.
TAFPro has been built to support the Azure DevOps Solution.

You are now logged into Azure DevOps with your microsoft account – https://dev.azure.com/
Create a project by clicking the button:

Give the project a name. By default it will use a Git repo and the ‘Basic’ work item process.
Goto the project settings:

and turn on the Git Repos service for this project.

On the project main menu go to:

Scroll down to this section and intialize the Git repo with a ‘java’ .gitignore:

On the project main menu go to:

Where is your code? Choose where you would like your Git repo to be hosted. This can be external or internal to DevOps, We choose the internally hosted Git service we just enabled and initialized:

Then select the Git repo you have just initialized from the list.
Choose a ‘Starter Pipeline’ with no existing YAML script.

Review your new default YAML build script. It is a simple demo script, so click:

This will commit your demo YAML script into the Git Repo as ‘azure-pipelines.yml’, and send your build to an agent. The sample YAML script is effectively a ‘Hello world’ script that builds nothing but echos into the log, and demonstrates that the build process is working correctly. 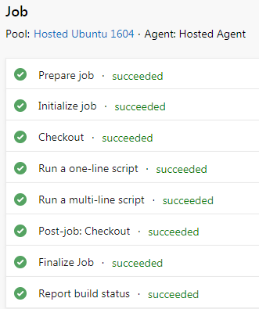 Add Members to the DevOps Project

Adding members to the DevOps project means that they will be allowed to use the project and update the Git repo.

Git Integration with and IDE

Now that your Git repo has been created and configured you should clone the repo with your local Git client and begin creating the structure of the TAF Java project.

Use the previously created Build Pipeline for your project. This will create a default build which can be seen as a YAML script file ‘azure-pipelines.yml’ in your Git repo. You can remove the demo build steps and start to replace them with the steps your project will need.

By default the build is triggered by changes to the ‘master’ branch. Pushing to this branch from Eclipse should cause a build to run.

Builds are not run on the Azure DevOps cloud server, they are sent out on a queue to be built by build servers. By default your build is sent to an ‘ubuntu-latest’ based build server. As we are building a java project based on a referenced ANT ‘build.xml’, a standard ubuntu based java ANT build is fine. See later in this guide about exporting the eclipse ‘build.xml’ into your repo.

By default the build output, typically the construction of bin\*.class files that match your src\*.java files is written back into the repository and a commit is created.

Note that back on your DEV workstation using eclipse, you will have to pull all these changes back to your local repo BEFORE you can push any test changes.

After a successful build the build result needs to be “published” so that it will be retained in DevOps and not discarded. The build is given a name, typically ‘drop’ and automatically versioned.

One of the following release steps uses the SSH secure file copy task. To use this, you must first define an SSH EndPoint. Follow these steps steps to create one. From the project main menu go to:

Give the release a name. On the ‘Select a template’ select ‘Empty job’.

On the Release Pipeline horizontal menu select the Tasks tab for Stage 1.
By default we will be sending release tasks to the release agent queue. ‘Agent job’ should already be available.
Click ‘+’ to add a task to the ‘Agent job’.

On the pipeline tabs bar for this stage find the Variables TAB. Create a variable for each variable used in the following tasks. Give each variable the value suggested in the sample task. Make sure to ‘Lock’ the password variable to conceal its value.

This step uses the DevOps SSH secure file copy mechanism. The SSH Secure EndPoint must be set up before this step can be used.

The release is now setup and can be triggered to see the test run on a TAF Agent.

Next: Set up Devops Git in Eclipse